Employing close to 20 actors, stilted characters, large masks, original songs and a live 4 piece band, Salmon Row tells the story of a place of plenty, the mouth of the Fraser River and the creatures and peoples who subsisted, thrived and profited from the seemingly endless resource of salmon which they found there.  As word of this treasure trove of fish and the economic opportunity it offered spread throughout the world, the river became populated by thousands of people from as far away as Haida Gwaii, China, Japan and Europe.  This caused the delicately balanced realm of Eagle, Bear and Aboriginal people to be brutally thrust into the world of modern industry with gigantic canneries processing millions of fish in one season.

Our saga follows the stories of some of these people - First Nations and Chinese and Japanese immigrants - as they are caught in the nets of big business on the riverbank. This compelling and vibrant piece of theatre explores issues of immigration, ethnic conflict, labour history and memory.  This is also the story of the salmon and the constancy and mystery of its journey as it meets the need and greed of its human predators.  Whether or not this story will be ongoing remains to be seen.

Taking place on site at the Britannia Heritage Shipyard in the Steveston area of south Richmond, the audience will move with the show and actors from one site to another, becoming an integral part of the show. Mortal Coil's signature use of stilts, puppets, music, masks and actors bring this play to compelling life.

In 2011, the show was a tremendous success and sold out in 4 days! Backed by the City of Richmond, Mortal Coil Performance Society is proud to announce that the show will be remounted in the summer of 2013, again at the Britannia Heritage Shipyards. 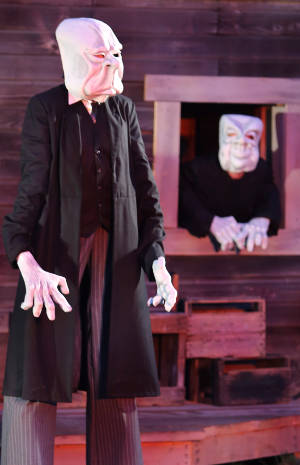 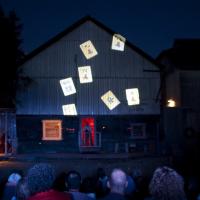 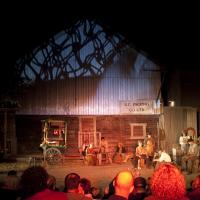 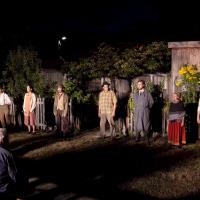 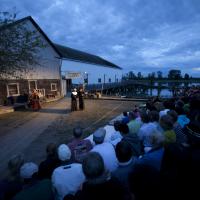 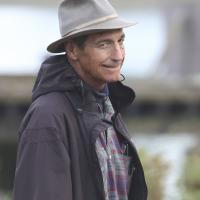 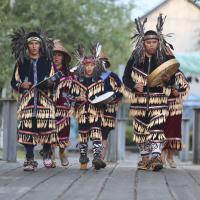 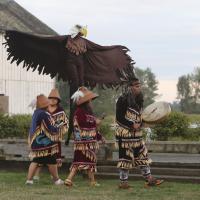 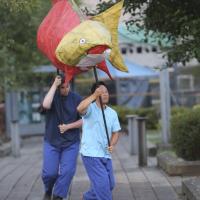 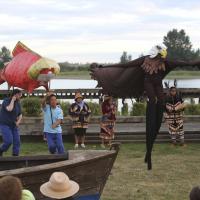 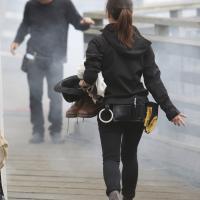 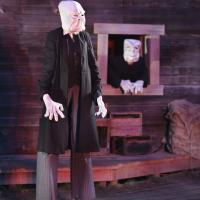 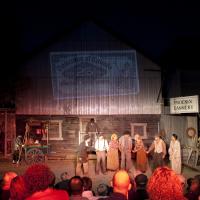 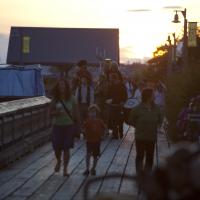